The psyCommons proposal about how around three quarters of the UK population survive and flourish without psyprofessions help and the consequences of this, appears to be unchallenged. A wider political context for psyCommons recently emerged that may account for some of the distress from which the remaining 25% suffer. 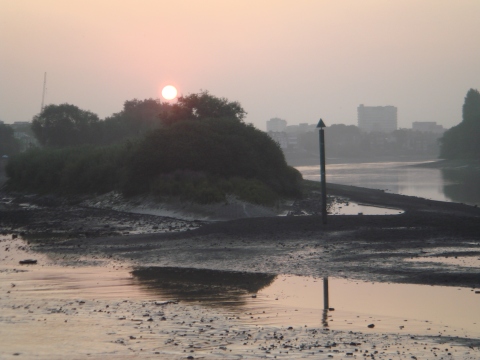 Several decades of living afloat on the Thames in London included extended experience of the Thames as a wilderness. Intimate appreciation of the dynamics of this wilderness led to the realisation that the city surrounding it and urban civilisation in general was also a wilderness and that the split between ‘nature’ and ‘civilisation’ was a major category error2. Cities, the Internet, aircraft, washbasins and supermarkets are also ‘nature’.

‘Wilderness’ serves as an integrating notion for the split between ‘nature’ and ‘civilisation’.

The ‘nature’ and ‘civilisation’ category error is damaging, it leads to ‘nature’ being both idealised and abused. Supreme virtue is ascribed to ‘nature’ but this casts a shadow – the ‘civilisation’ where we live and work is neglected and its aversiveness is regarded as something to be tolerated.

While the global wilderness has civilisation and rural sectors, both are based on similar dynamics, solar energy provides a basis for food chains that are structured by predation. Rural wilderness tends to be self-regulating with surges and decline due to crises of climate, population or reproduction. In urban wildernesses predation as an action and a value has become detached from foodchains, one result is an ideological commitment to economic growth independent of foodchains. Predation freed from foodchains congeals into a belief that that global economic growth is ‘natural’ and ‘inevitable’ and also that domination is ‘natural’ and ‘inevitable’.

This free predation leads to gross social inequality and resource depletion. Related beliefs for example: that technocratic management is appropriate for wilderness, are fed and sustained by industrial strength trance inductions which blind us to, and marginalise, economic and personal alternatives.

Perhaps the most prominent and damaging of the trance inductions is that capital accumulation is ‘natural’ and ‘inevitable’. Capital accumulation driven by predation detached from foodchains, functions as a cancer driving uncontrolled growth independent of the health of the host and which threatens to kill the host.

Responses to this perspective on the global wilderness include the active development and support of existing social, interpersonal and personal immune systems.  Their task is to encourage social practice and institutions that eliminate interpersonal and inter-institutional dominance and predation, and that prioritise ‘use value’ rather than ‘exchange value’. And parallel with this the immune system would actively puncture trance inductions that idealise the ‘nature’/’civilisation’ split; which celebrate free predation and unlimited growth, while insisting there are no alternatives.

Look out for more on how this supports and extends the psyCommons.

2 Category Error A category error, is a semantic or ontological error in which things belonging to a particular category are presented as if they belong to a different category. Wikipedia

You are currently viewing the archives for April, 2016 at psyCommons.