This is a second post of reflections following my participation in the Economics and the Common(s) Conference  – From Seed Form to Core paradigm in Berlin May 22-24, 2013.  Find the first post Beyond Market and State – the Commons and Commoning here. 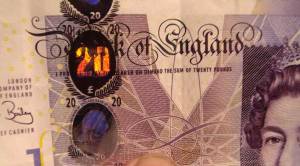 Courtesy of the generosity of the Heinrich Böll Foundation an enormous amount of material from the May 2013 Berlin conference is online here, alongside this I thought I’d post a few headlines of strategies, tactics or perspectives that I found valuable. And in recognition of an emphasis in the conference on the economics of commons and commoning I’ll follow this with a longer account of the talk about money by Jem Bendell that for me was the highlight of the event.

Commons culture emphasises a move from transaction to relationships
In a psyCommons context this means letting go of a deferential bow to the transactions of professional psychological expertise framed as assessment, diagnosis and treatment, and moving to giving or receiving help or care based on relationship that includes rapport.

We need to make a move from developing ‘exchange value’ to ‘use value’
As I’m coming to understand this it means letting go of money as a yardstick of value and moving toward utility – towards liking, or love as an indicator of validity in a service, object or relationship.

Patenting is only the tip of a vast iceberg of trade secrets
Patenting and copyright have seemed reasonable as due protection and reward for creative effort until, as the conference reminded me, they become increasingly enclosures encroaching more and more into daily life – the public face of its commoditization. Also from a psyCommons perspective, much of the contents of patent and copyright enclosures have been paid for from public funds.

Establish commoning principles but have the humility to know they are only provisional
This is my intention with the psyCommons proposal i.e. that it is a proposal subject to revision and update (and contribution!).

Don’t be over-interested in definitions of the commons – a tomato doesn’t need to know whether it is a fruit or a vegetable
I agree but I have learned to distinguish between what amounts to a common pool resource and what I see as a functional commons – groups of people in relationship held and sustained by negotiations about principles and procedures. Here is a listing from the commons I belong to.

Caring for the Health Commons: What it is and Who’s Responsible for it
Michael D. McGinnis February 20, 2013
I came across this at the commons conference, McGinnis gives a helpful overview of priorities.

Resist claims which suggest that anything that doesn’t belong to the state is bad, dangerous or invalid
I can’t now recall who said this but I have long supported the need to honour wilderness both in the sense of unfettered imagination and in resisting the desire for enclosure of people in flight from their own and other’s creative chaos.

Reclaim subjectivity from the distortions of capital
If the first task of the psyCommons notion is recognition of a thriving common pool resource of ordinary wisdom and shared power, the second task is to make whatever contributions we can to dissolving what Negri and Hardt call the empire within, the extent to which we have become entranced by the imperatives of capital.

Commoneering, Money Markets and Value
A talk by Jem Bendell, Professor of Sustainability Leadership at the University of Cumbria gave what was for me an electrifying outline of the huge formative influence money has on lives and well being. The video of his talk is available here. The following account is an appreciative review of what he had to say.

Jem defined a commons very technically (he’s a professor!) ‘a commons is a system of relations between people and phenomena that has an emergent property of  sustained sufficient access for all’, and then moved on to talk about money.

The current mainstream money system he told us represents an almost total enclosure of our ability to trust each other. Governments, central banks and private banks work together to generate the dominant means of exchange, the dominant way we relate to each other. This banking system drives further enclosure and it works against a commons culture because of the way that credit is created.

Where does money come from? 97% of money, he pointed out is issued by private banks. When we take out a loan, the bank, through extending credit to us, is creating new money.

While there are a lot of different currencies world-wide, the bank-issued debt system behind them is the same. What does this mean, he asked? The shocking answer was that we are all in debt for ever because all this money is issued with interest. This means that there is more debt than there is money to pay off what has been borrowed. The system can only continue if there are ever increasing amounts of money loaned each year. As I type this I find myself asking, isn’t this a Ponzi, i.e. ‘pyramid’ scheme on a global scale?

Jem went on to say that the scale of the indebtedness feeds massive inequality and it also means the economy has to grow because loans will only be issued to service economic activity.

This creates an intense growth imperative that drives the commodification of more and more of daily life and planetary resources, there is a pressing need to turn everything into a commodity that will yield a profit so as to service the interest on the debt.

Jem Bendell argued that this monetary system is anti-commons, it prevents the growth of a commons economy. It shapes the way we experience life, we think that wealth is scarce, that we must all compete for a share of it when actually, as he emphasised very strongly, the wealth is us.

How to take this economic perspective into commons life, or daily, or indeed any aspect of life was less clear but I did come to understand why there is so much attention given to alternative currencies that are attempting get outside what he called the ‘bankertarian’ or ‘bankocracy’ of money based on indebtedness.

Shocking too to realise that money whether global and personal is a very elaborate form of fiction, as I mentioned earlier a story, apparently in the Ponzi tradition, in which constant growth is a precondition for the scheme to continue.

But as Jem Bendel pointed out in his conclusion, it can’t continue, we are already over the critical threshold of 440ppm of carbon dioxide and half the Arctic ice has been melting each summer for a while now. Here is the slide he showed us. 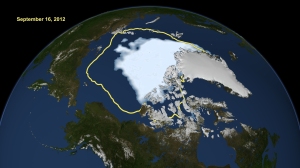 We need a new story. Urgently. And if it was the intention of the Commons conference to bring this home, it worked for me.

While my understanding of capital has been poor but improving lately, I have long seen a belief in the inevitability of capitalism as a form of trance induction. Historically, people, courageous people risked (and sometimes lost) their lives to extricate themselves from the cradle-to-grave grip of medieval Roman Catholic trance induction, I suspect that with capitalism we are faced with an equivalent task.

Trance inductions reinforce beliefs through disallowing discrimination, while I don’t suppose it is news to see capital as a particularly archaic but virulent heritage religion, we need to step off critique and make up a new story that breaks capital’s self-serving trance, one that serves mutuality and reciprocity rather than bankers and their cronies. Can the commons provide that story? I suspect the commons is the story.

Do we have the time? That remains to be seen.

I’ll update this post with links to the Commons conference key-note videos and other documentation when they become available.

You are currently browsing entries tagged with patenting at psyCommons.